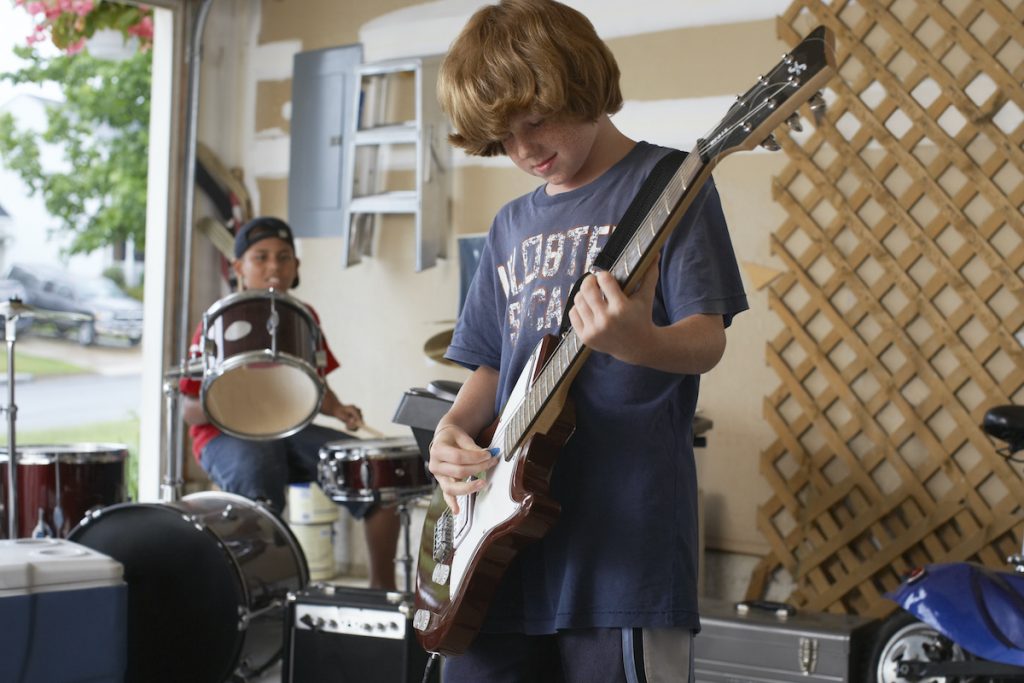 Angela Duckworth knows a thing or two about human performance. The MacArthur Genius award-winner and author of the book Grit not only studies what distinguishes high-performers from average ones, she has also accomplished great things herself.

She knows as well as anyone that playful exploration often precedes serious accomplishment. Before she became a world-famous psychologist, she spent time as a management consultant, high school teacher, and nonprofit leader, exploring different potential career paths and carefully observing the world around her.1

As Duckworth writes in Grit, she slowly but surely figured out what really interested her as she “played around” with different jobs and ideas. “Before hard work comes play. Before those who’ve yet to fix on a passion are ready to spend hours a day diligently honing skills, they must goof around, triggering and re-triggering interest.”2

This is true, even for people who become truly exceptional in their field. For Angela, it was her experience teaching that really piqued her interest in human performance and set her on the path toward psychology and the study of grit. She got curious: Why do naturally talented people frequently fail to reach their potential while other less gifted individuals go on to achieve amazing things?

Sometimes parents help kids discover long-term interests early in life. Back in the 1980s, Tiger Woods’ father, Earl Woods, had recently discovered golf and wanted to share his newfound passion with this son. “Much like me, he had an instant infatuation with it,” Earl wrote. Tiger had natural ability and lots of support from his dad, but the foundation of his success was love. He loved the game from the get-go.

“I just wanted to make my own”

Will Shortz, the puzzle editor at the New York Times, discovered his life’s purpose at an similarly early age. As Duckorth tells the story, young Will came across a puzzle book not long after he learned to read and write, and he was entranced by it. “I just wanted to make my own,” he recalled.3 Soon he had dozens of puzzle books and he was selling his work. Today, he is probably the most accomplished puzzle creator in the world.

Of course, it’s rare that lifelong passions are discovered this early in life, even among elite performers. The experience of Olympic gold medallist swimmer Rowdy Gaines is instructive. As Gaines described to Duckworth, he loved sports as a kid. When he got to high school, he tried football, baseball, basketball, golf, and tennis, before he discovered swimming. “I kept plugging away,” he told Duckworth. “I figured I’d just keep going from one sport to the next until I found something that I could really fall in love with.”4

Stanford Professor William Damon tells the story of a girl named Heather who spent a month living on a farm when she was eleven. At one point, it struck her that the meat she was eating was coming from animals like the ones she was caring for. She became a vegetarian, and then got interested in nutrition. She pursued food-related projects in biology class and wrote essays on food and culture in social studies class.5 Today, many years later, she works as a nutritional scientist.

What catches your child’s fancy?

Typically, our playful exploration phase lasts through high school, into our twenties and even our thirties. But early exploration is critical. The more experiences we have early, the more likely we are to discover things that catch our fancy.

Encouragement is critical as young people are sampling interests. Studying the early experience of successful people, the psychologist Benjamin Bloom found that warm and supportive mentors make a huge difference. “Perhaps the major quality of these teachers was that they made the initial learning very pleasant and rewarding,” he wrote in a summary of his study. “Much of the introduction to the field was as playful activity, and the learning at the beginning of the stage was much like a game.”6

As Duickworth writes, “At the start of an endeavor, we need encouragement and freedom to figure out what we enjoy. We need small wins. We need applause. Yes, we can handle a tincture of criticism and corrective feedback. Yes, we need to practice. But not too much and not too soon. Rush a beginner and you’ll bludgeon their budding interest. It’s very, very hard to get that back once you do.7