Role Play Your Way to a Better Place 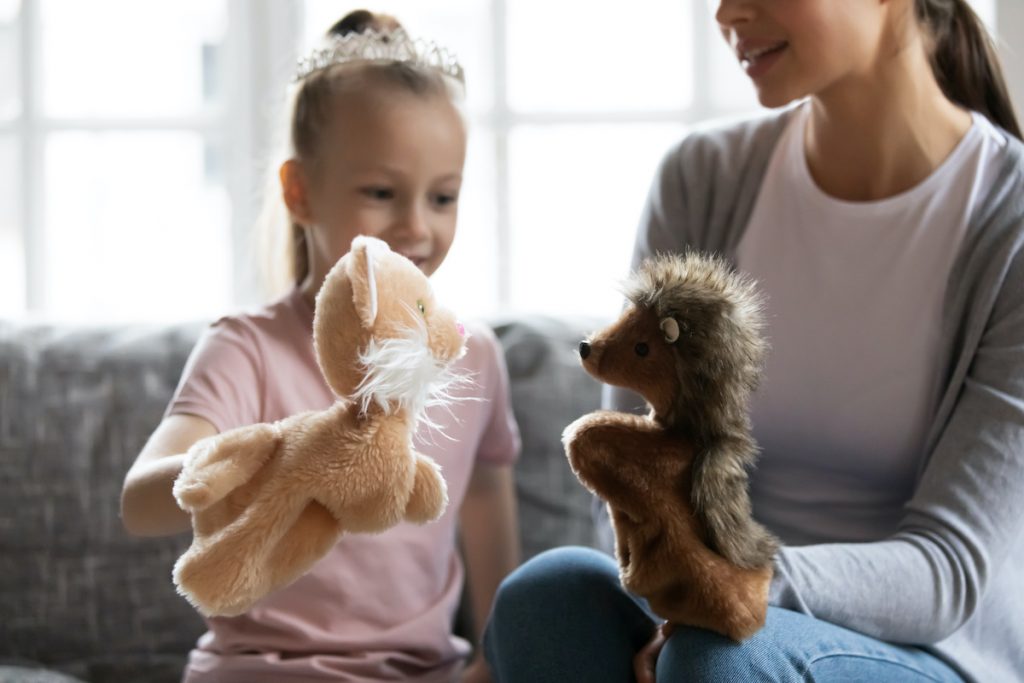 Larry Cohen and his daughter Emma came into a bit of conflict when she was in Kindergarten. Cohen, a child psychologist and author of the book Playful Parenting, wanted to foster independence in his daughter. So, he told her that he expected her to get dressed by herself in the morning. He knew she could do it because he’d seen it before with his own eyes.

But Emma refused. She wanted her father’s company while she got dressed. She thought her father was being mean because he didn’t want to help her, like he had in preschool.

Dolls to the rescue!

His daughter started gleefully dressing herself while the nasty doll, facing away, continued to insist that this was impossible. Meanwhile, Cohen writes, his daughter was not only getting dressed by herself, she was giggling instead of whining.2 Victory!

This story is an excellent example of role playing, a powerful and underappreciated approach to diffusing difficult emotions and fostering confidence in children. When a child is fixated on a particular concept or struggling with an emotion, it can help to attach that emotion or concept to someone else—to you, the parent, or to a doll or action figure—and then to play around with it in a low-stakes kind of way.

Role play with your child

For a child obsessed with fairness, Cohen explains, you might pick up the child’s second favorite animal or toy and make it say to the child: “It’s not fair! You always play with snakey (or whoever the child’s favorite is).3

Or, with a child who is overwhelmed with fear about something, you might pretend that you yourself are extremely scared of that thing, in a playful, exaggerated way.4

Another option is to role play with your child. As Cohen writes, if your child is afraid of bees, you might say: “You be the bee and I’ll try to get away from you.” Let yourself get stung, and then scream with exaggerated dramatic flair. Or you can be the bee, but a highly incompetent one that manages only to sting the chair. Anything to get your child giggling about something that is really scary to them.5

Role play with a side of ridiculousness

Role playing with a heavy dose of ridiculousness is a great way to diffuse frustrations. If your child is frustrated about reading, you could pick up a book that is easy for them, start reading yourself, and screw it up totally. Mispronounce the easiest words and let them correct you. Start reading backwards. Get the story all wrong. Then claim that  you’re the champion reader of the world. Anything to get the kid sloughing off their frustrations with howls of laughter.

One caution about role playing: Keep a close eye on how your child is processing the foolishness. Back off, apologize, and take a different tack if you’re worried that you child may be feeling that they’re being mocked or made fun of.6 As with adults, the line between mockery and revelry can be a thin one, and you need to stay alert to how your child is experiencing the moment.

With this caveat in mind, role playing can be a great way to help children work through challenging situations. Give it a try!

Role Play Your Way to a Better Place